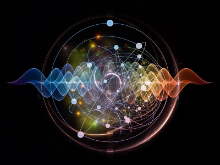 I love quantum physics! And I’m not the only one. A surprising number of Christian preachers and theologians share my passion which, like theirs, is Biblically based. I’m so excited about this new science that I’ve written a book of fiction titled Kali: A Novel in which I make it easy for readers to understand, and more importantly, to directly experience quantum reality. And I can say this for sure: it’s quite a ride!

Why do I love quantum physics? Let me lay out some background. The still predominate way of doing science is based on a philosophy called Materialism. That philosophy holds that physical objects are everything that ever was, is or will be. This powerful paradigm holds sway in almost every field of science from particle physics to biology and medicine and on into historical studies and theories of education. Materialism is the conceptual framework on which the world we live in has been constructed. Of course, by its very nature, this paradigm excludes any active role for the faith which is shoved aside into a realm of Sunday school pageants and private sentiment.

The problem with any paradigm is that paradigms are embraced but never tested. The core assumption of Materialism that physical reality is the only reality can never be subjected to falsification tests because it provides the bases on which all falsification tests rest. No paradigm can disprove itself because the paradigm defines in advance what is true.

But what if a paradigm is wrong? It’s happened and it can really mess things up. That’s where quantum physics comes into the picture. It’s an entirely different paradigm. Quantum science began with the study of reality at a subatomic level. At that level, as you look closer and closer,  physical reality eventually vanishes into a realm inhabited only by mathematics expressed in the form of statistical probabilities. Those probabilities have no physical existence whatsoever. However, they can become physical objects but only when they are observed by a human being. What this means is that a scientist who is seeing something in a microscope or particle accelerator that seems to have an existence of its own “out there” has actually, by her process of observation, created something that was never there before. She didn’t find reality she invented it. In other words, at the deepest level, the world that Materialism declares to be everything doesn’t even exist.

The quantum perspective (which included a wide array of new concepts) shocked the scientific establishment when it emerged around 1920. Critics hoped that its principles only applied to the subatomic world and nowhere else. But as falsification tests repeatedly sustained quantum predictions it turned out that the important factor was not the size of what was being measured but the precision of the measurements. The quantum nature of reality had been discovered because the kind of research engaged in by its founders required more precise measurements made by more exacting instruments than ever used before. Scientists began to realize that if you look carefully enough, the whole universe from galaxy clusters to quarks operates more deeply on quantum principles than those that are based on philosophical Materialism. It’s like looking at a mosaic set on a wall. From a distance, the mosaic offers a beautiful image. That’s the world of Materialism. But look closer and you see that the image is really a collection of colored tiles. That’s the quantum processes that create and sustain the images that form the Materialist world.

NEXT: SO, WHY DO I FIND THIS SO EXCITING? 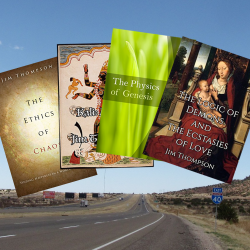